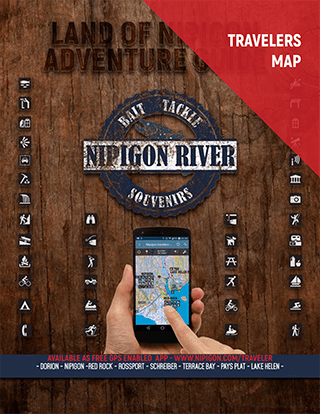 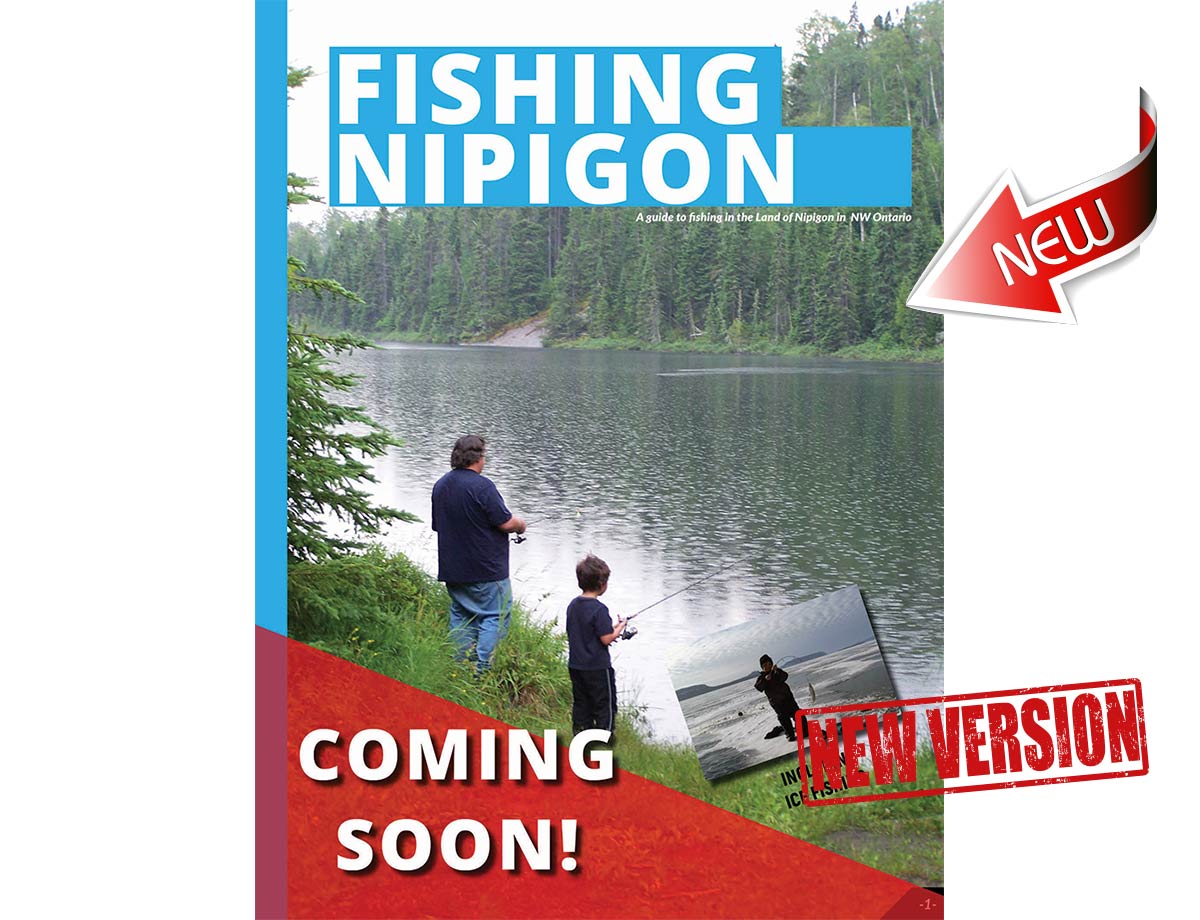 The Nipigon area offers world class fishing through all four seasons. The tactics, techniques and locations may vary, however the opportunities are endless.

On every anglers bucket list is to tangle with a Nipigon River Brook Trout. The Nipigon River boasts the world record Brook Trout and today’s river, although changed is more productive than a hundred years ago thanks to conservation efforts.

Besides Brook Trout, there are many different species available in and around the Nipigon. Twelve other species await you within 30 minutes of the Nipigon River, with nine common in the river itself. Lake Trout, Rainbow Trout, Perch, Walleye, Northern Pike, Smallmouth Bass, Whitefish, Cisco, Chinook, Coho and Pink Salmon as well as Burbot through the ice in winter are all available for angling. 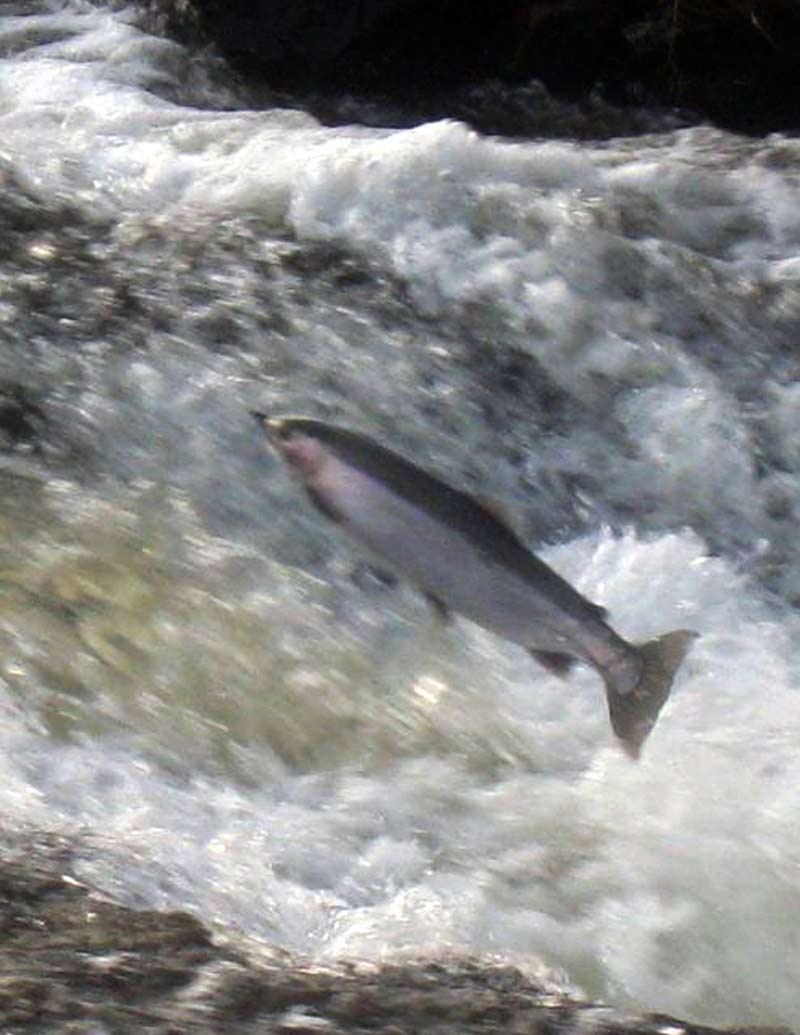 Springtime in Nipigon is a peak angling time. As the ice retreats all species of fish head to the shore, rivers and streams to spawn and to feed after the long winter under the ice. Small streams like the Little Gravel River, Ruby Creek and Jessie Lake have excellent runs of smelt. First introduced as forage for lake trout, but tasty on its own. Fished after dark with dipnets smelting can be quite an adventurous outing for the whole family.

As the smelt move into the creeks, the mouths of creeks and rivers will attract a more prized gamefish – the rainbow trout or steelhead as its also known. Fishing at the mouths of the Jackpine, Nipigon and other rivers and creeks in early spring with casting spoons like Cleos can produce many an excellent fighting fish.

As the water warms the steelhead enter the creeks rivers and streams on their annual spawn runs. Now they can be angled with flies, streamers, eggs and spawn sacks in many of the rivers of all sizes around Nipigon. The Jackpine, Wolf and Nipigon rivers provide some of the best steelhead angling on the north shore. Nearly all small creeks, rivers and streams along the north shore of Superior will hold steelhead in the spring.

Mid too late May in most years brings the jumbo perch to the Nipigon Marina and along the rocky points of Nipigon Bay. On their spawning run into the lagoon, they can be seen swimming under the bridge on the CN rail line. It’s a bit of a spectacle as the locals come down to catch these tasty little fish as they fight their way to spawn. 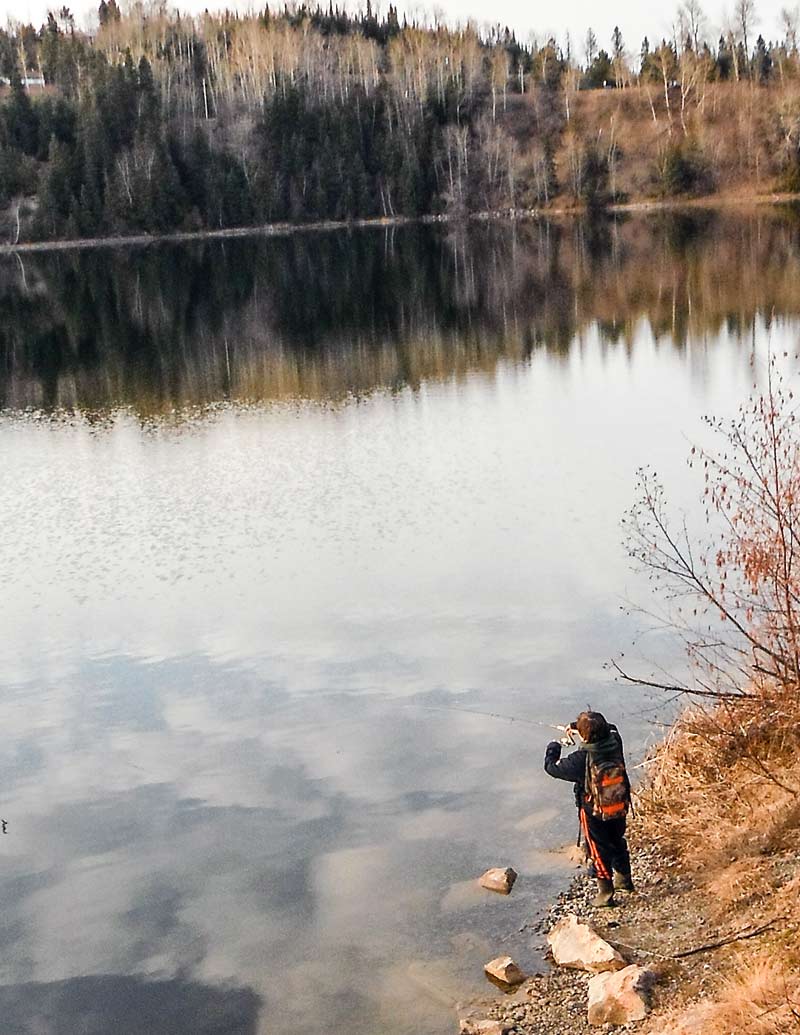 The Annual Nipigon Kids Fishing Derby usually tries to coincide with the Jumbo perch. However, springtime at the marina can yield almost any fish available in the lake.

Prime Brook Trout fishing from May to late June in the entire Nipigon River system and Nipigon Bay. You can catch many species from shore around Nipigon all summer long, as the water warms downriggers may become necessary for the Lake trout where trolling takes over from shore casting.

Summer camping in the area lends itself nicely to the abundant walleye lakes in the area, from Fraser Lake to Black Sturgeon Lake to the lakes up Gorge Creek Road (Jean, Barbara). There are ample camping spots in and around a lot of the area lakes.

The end of July brings the Blueberries – in abundance around Nipigon which hosts an annual Blueberry Blast every August.
[ nipigonriver.com/blueberries ]

As the temperatures start moving into fall, mid to late August sees the salmon start to run in the Nipigon, They can be caught trolling large colourful lures trolling up and down the river and even casting from shore. This will only increase and peak into September.

The Nipigon Fall Fishing Festival is held every Labour Day weekend in Nipigon and includes multiple fish derbies for all ages and encompasses all the lakes in the region.
www.fallfishingfestival.ca for more information.

Brook trout action before they close for their spawn also heats up in the river system. Donning their spawning colours and massing sometimes in large groups it can be a site to behold. The new bridge being built in Nipigon will have a viewing deck that should make for some great fish watching into Gapens Pool fish sanctuary located just upstream from the bridge.

Fall foliage also draws people to the Nipigon area trail systems whose normal vistas can become breathtaking in the autumn. The annual Hike for Health from Nipigon to Red Rock takes full advantage of the fall.

Late Fall
Late September brings another unique opportunity to Nipigon, evenings at the marina will bring an acrobatic show as the Lake Trout enter the marina area in large numbers. They can be caught using spoons with little Cleos my favourite. Sometimes you may even find a giant from shore in the 20lb or better range – if you can land it.

The fall rainbow run starts in earnest into October, although a false spawn the fish are much more aggressive and can be caught in area rivers into November.
October also sees the whitefish spawn on local beaches/rivers as they mass for their spawning at the end of October.

Then we all take a month off and wait for the ice to freeze. 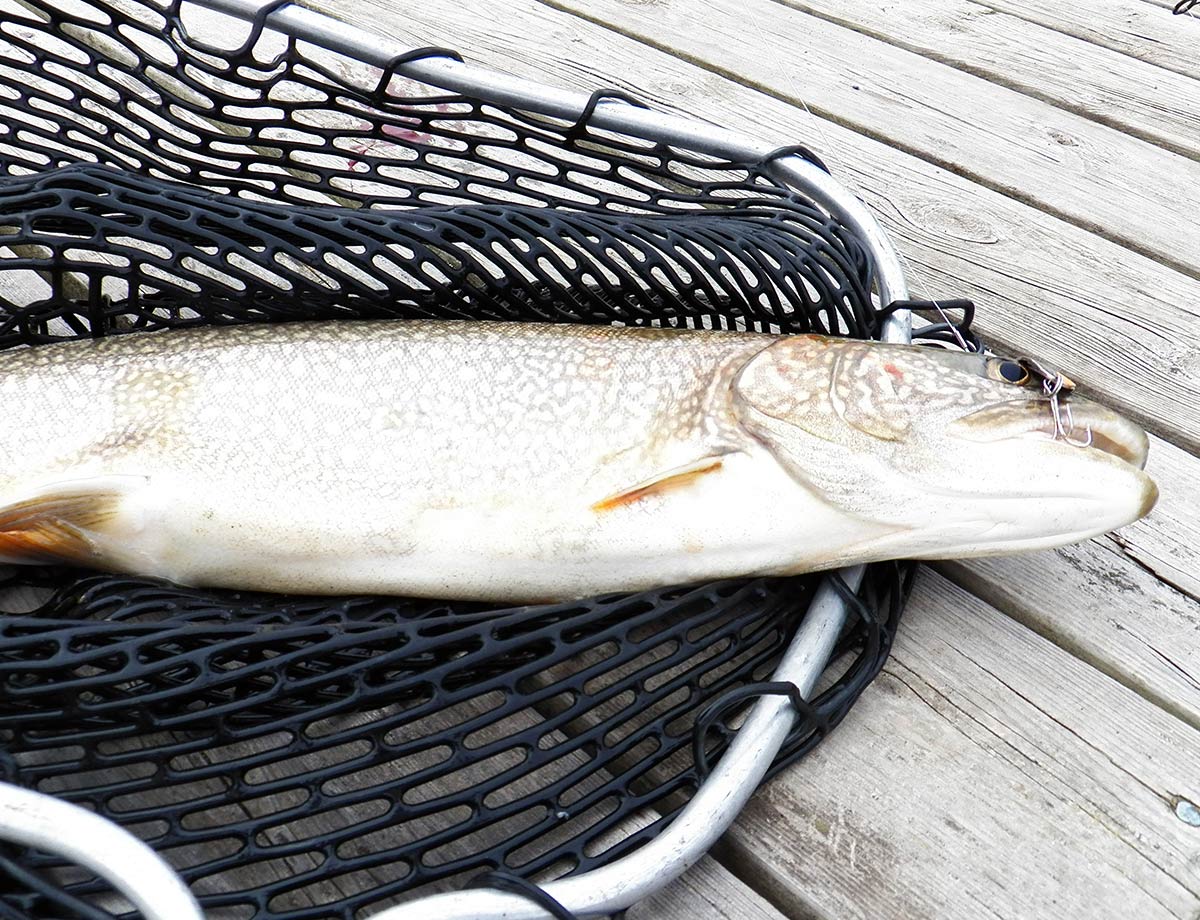 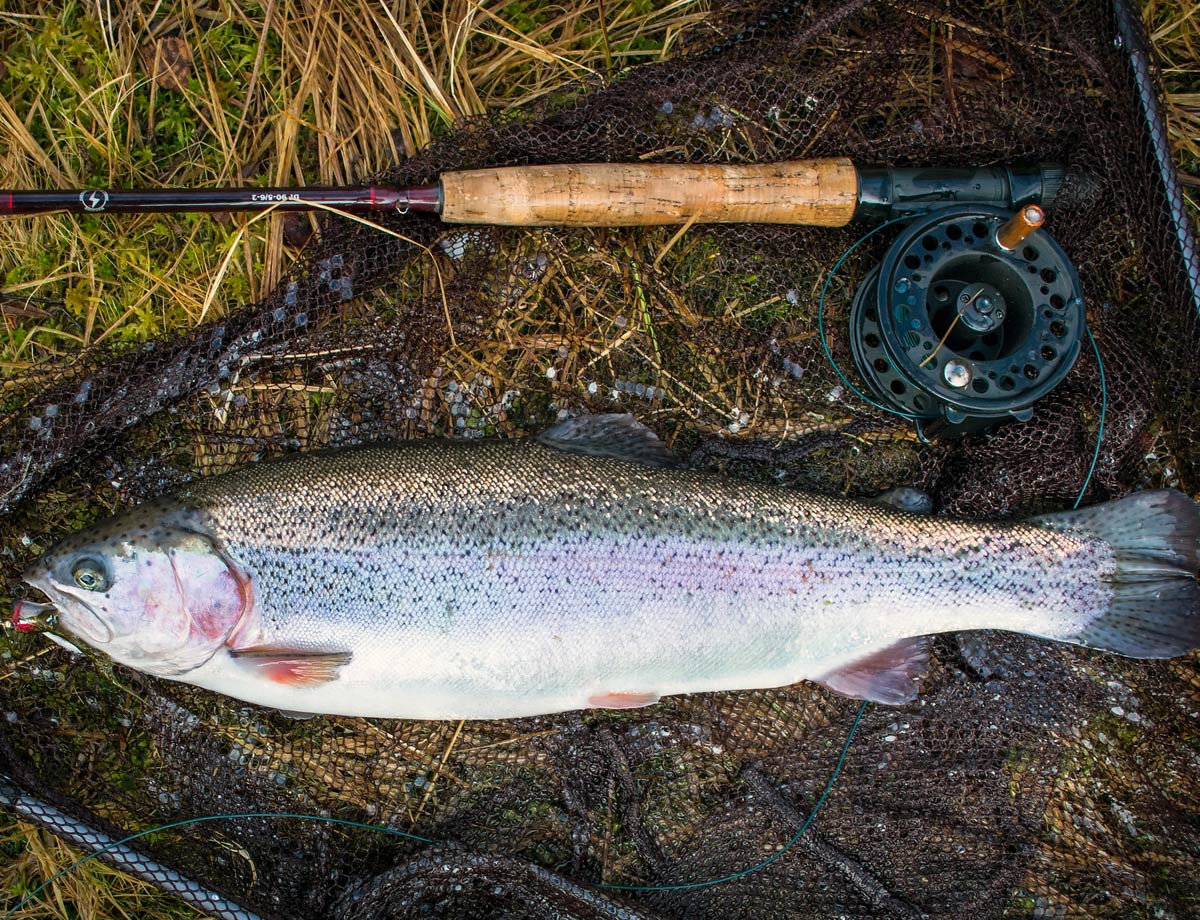 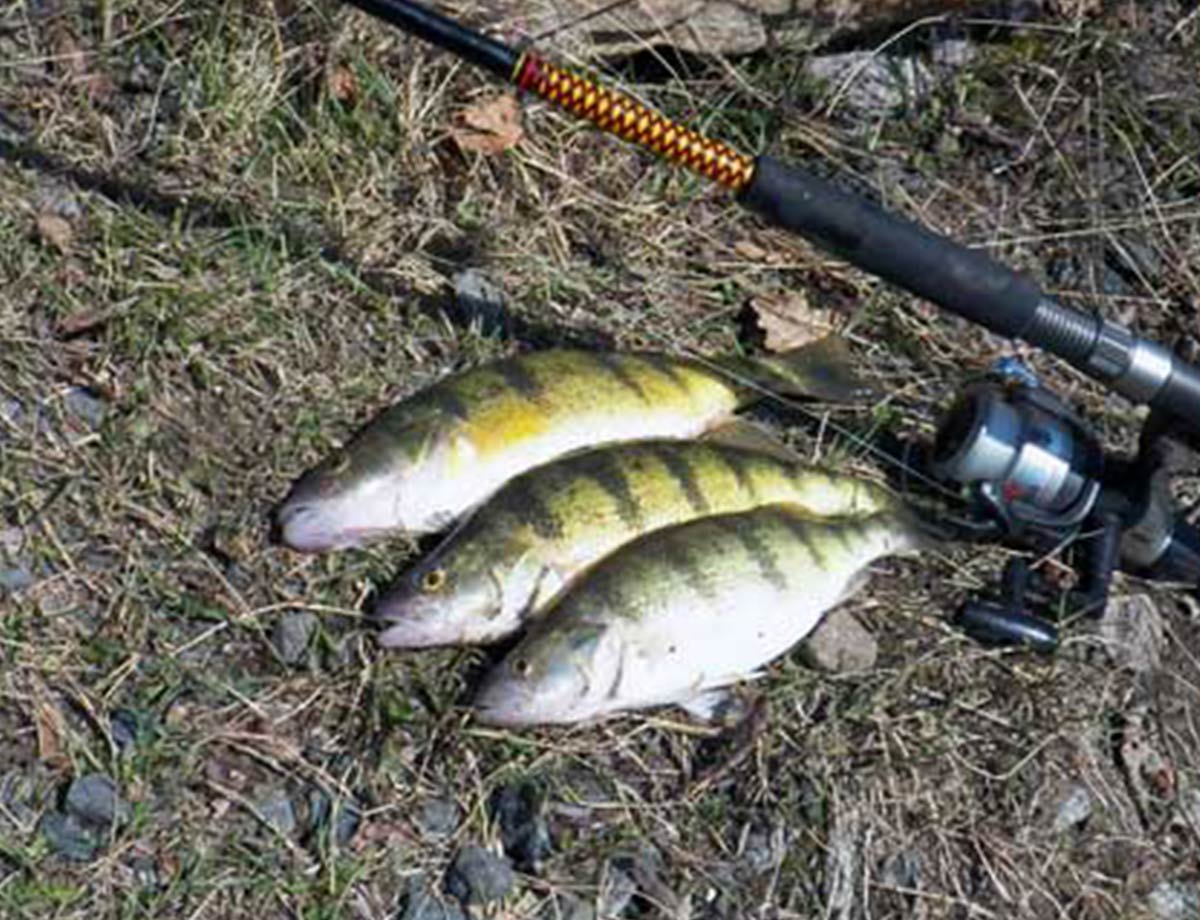 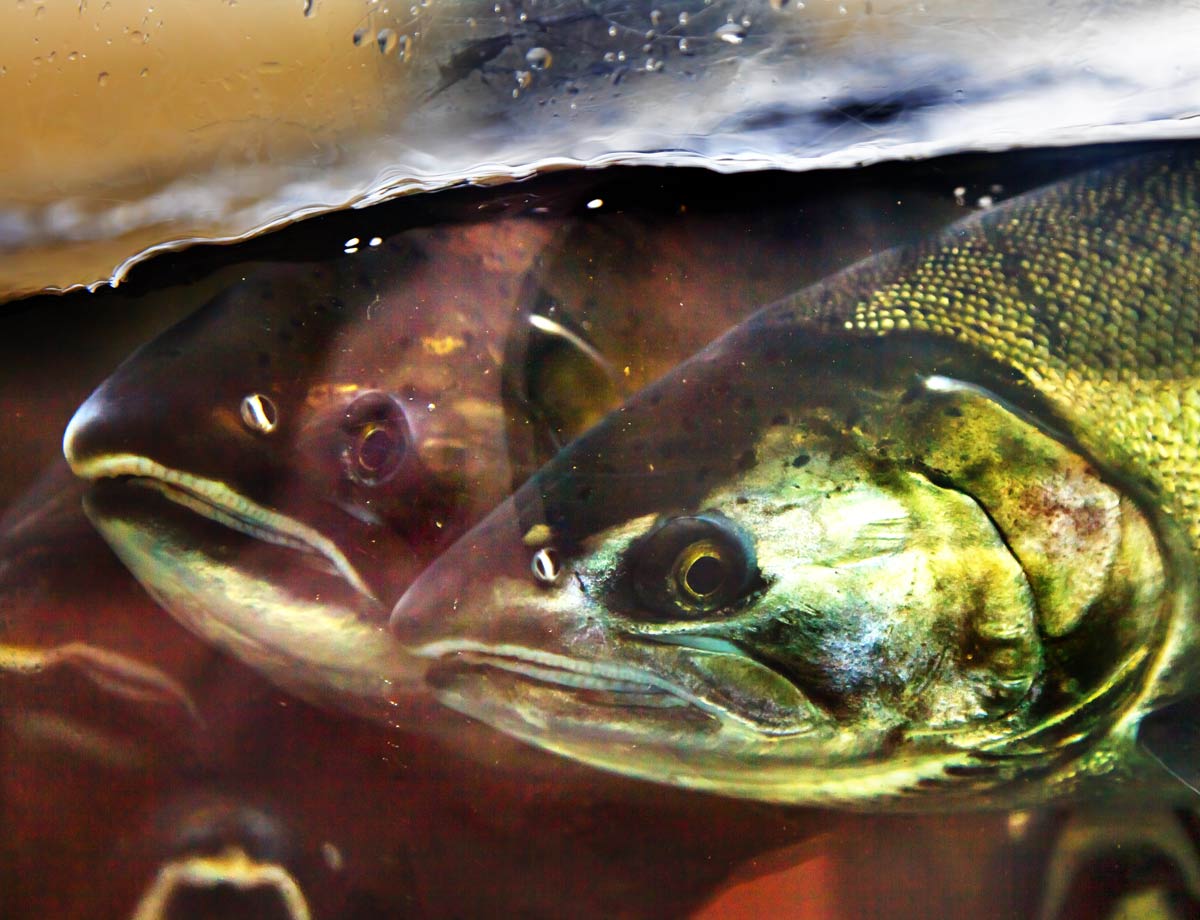 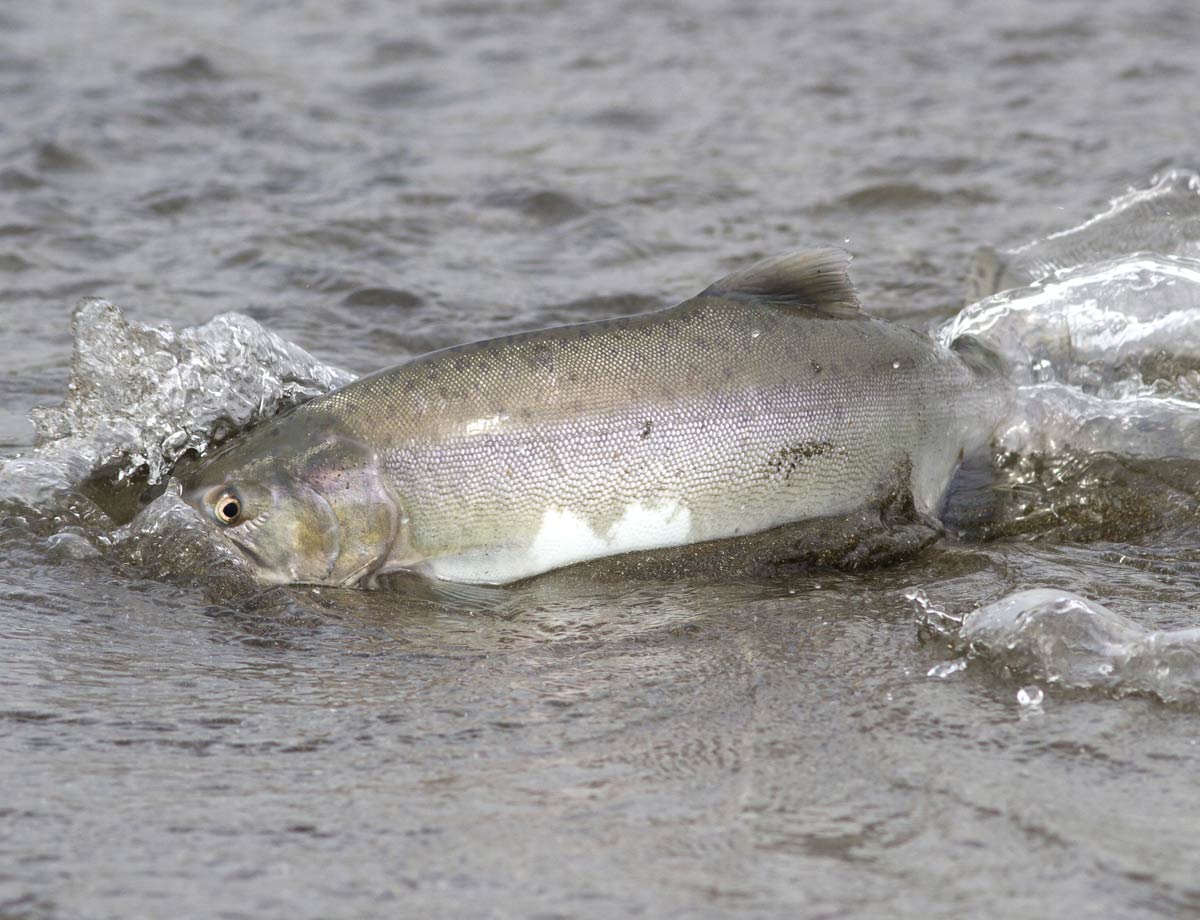 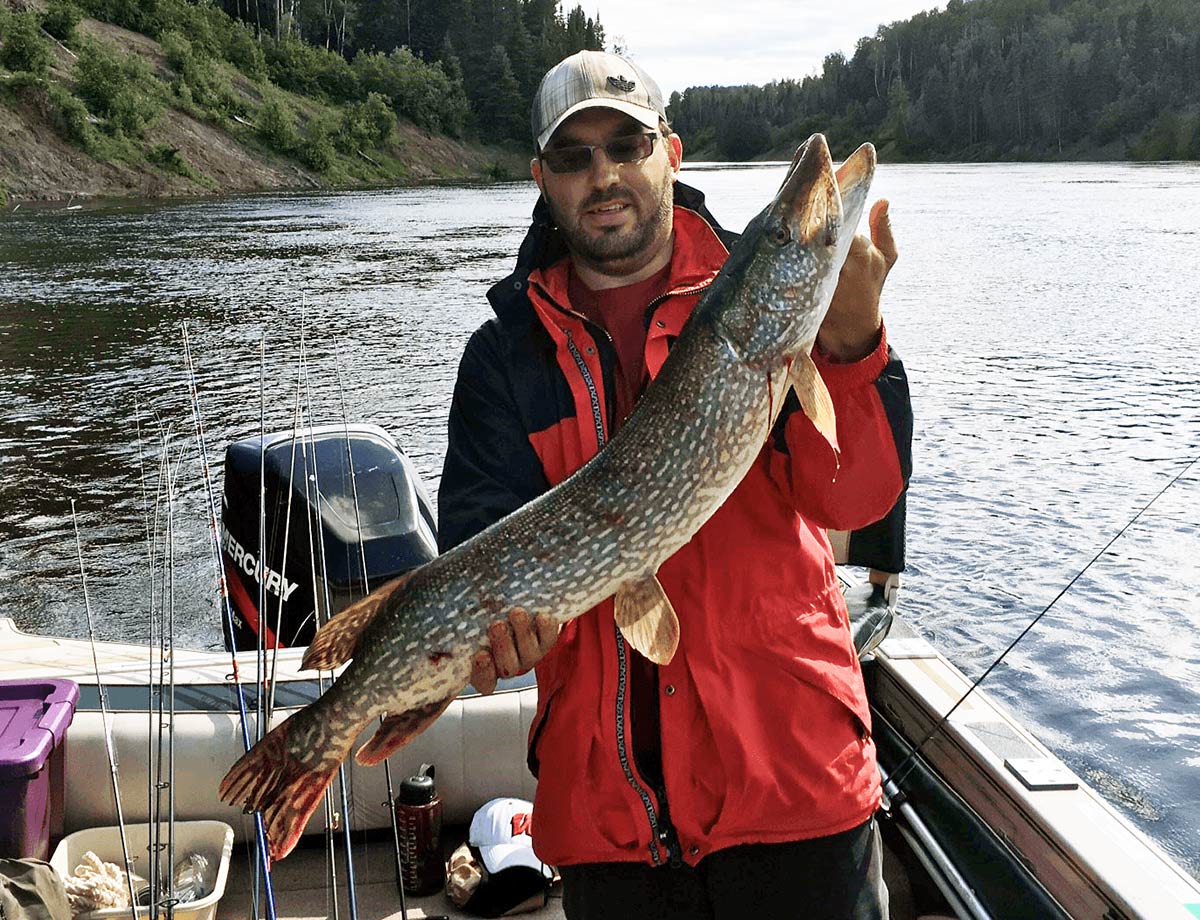 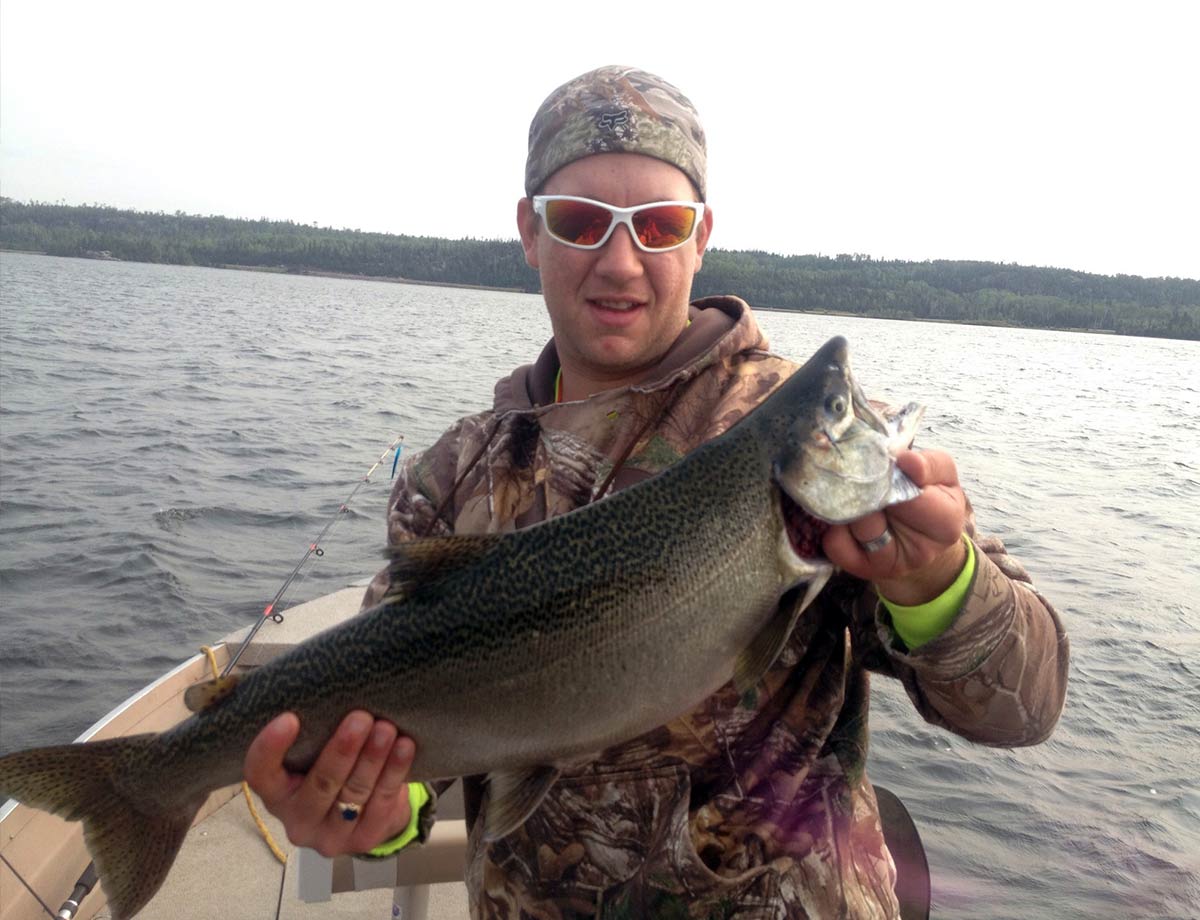 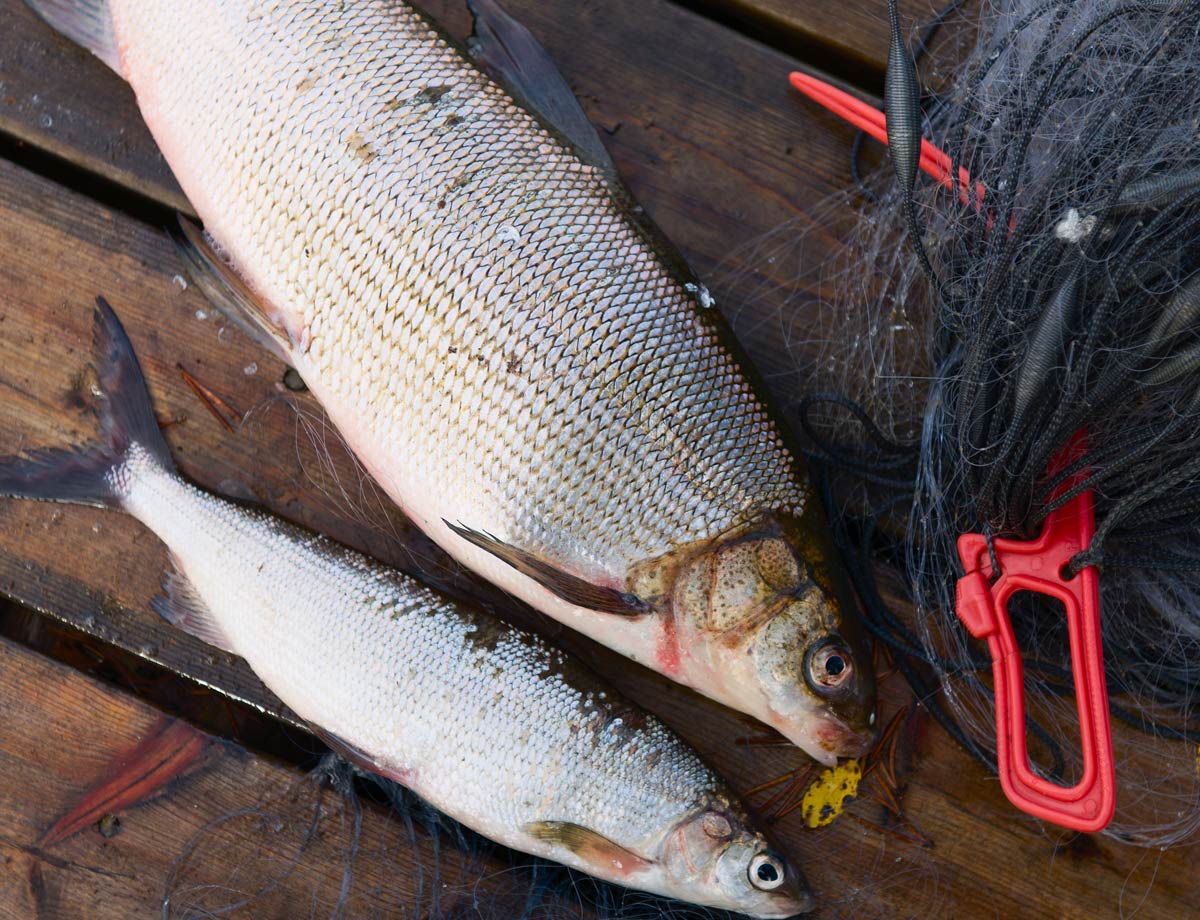 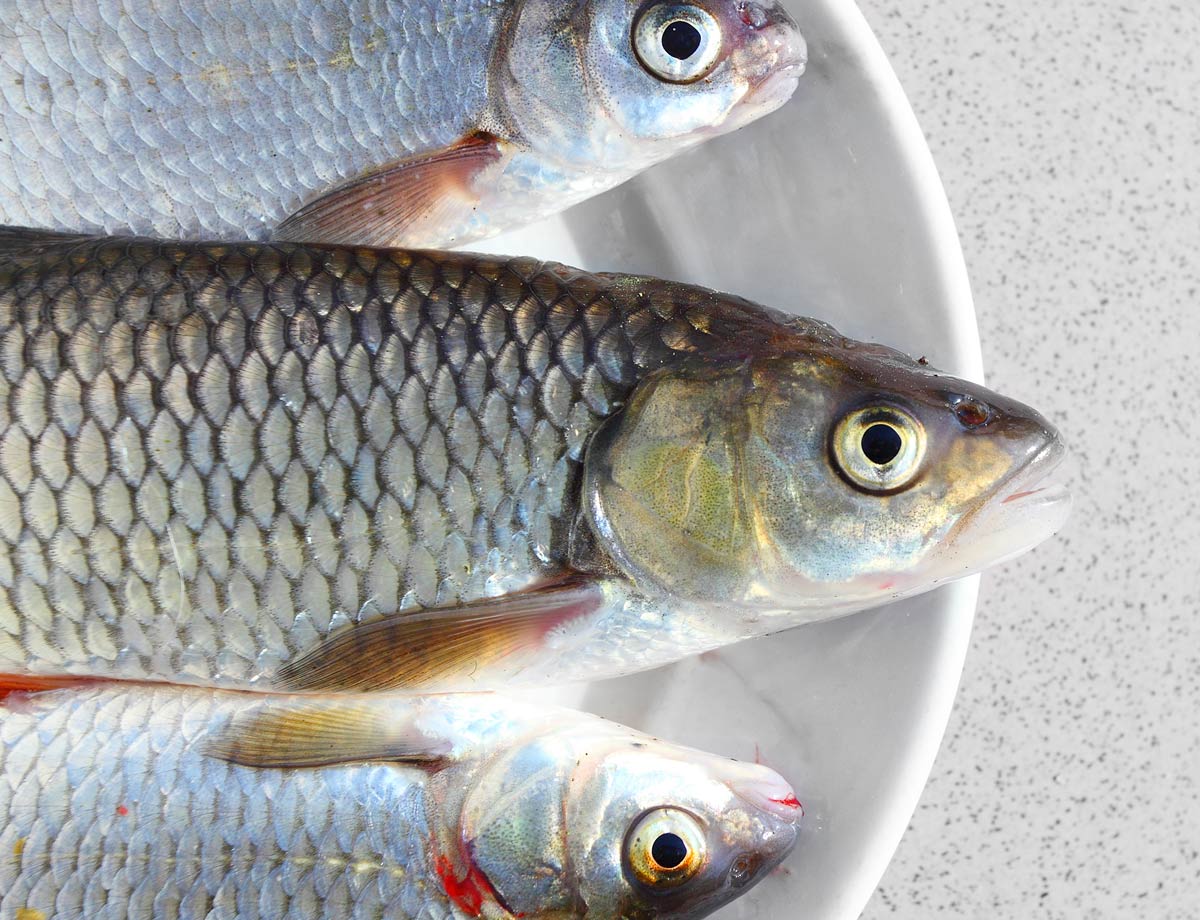 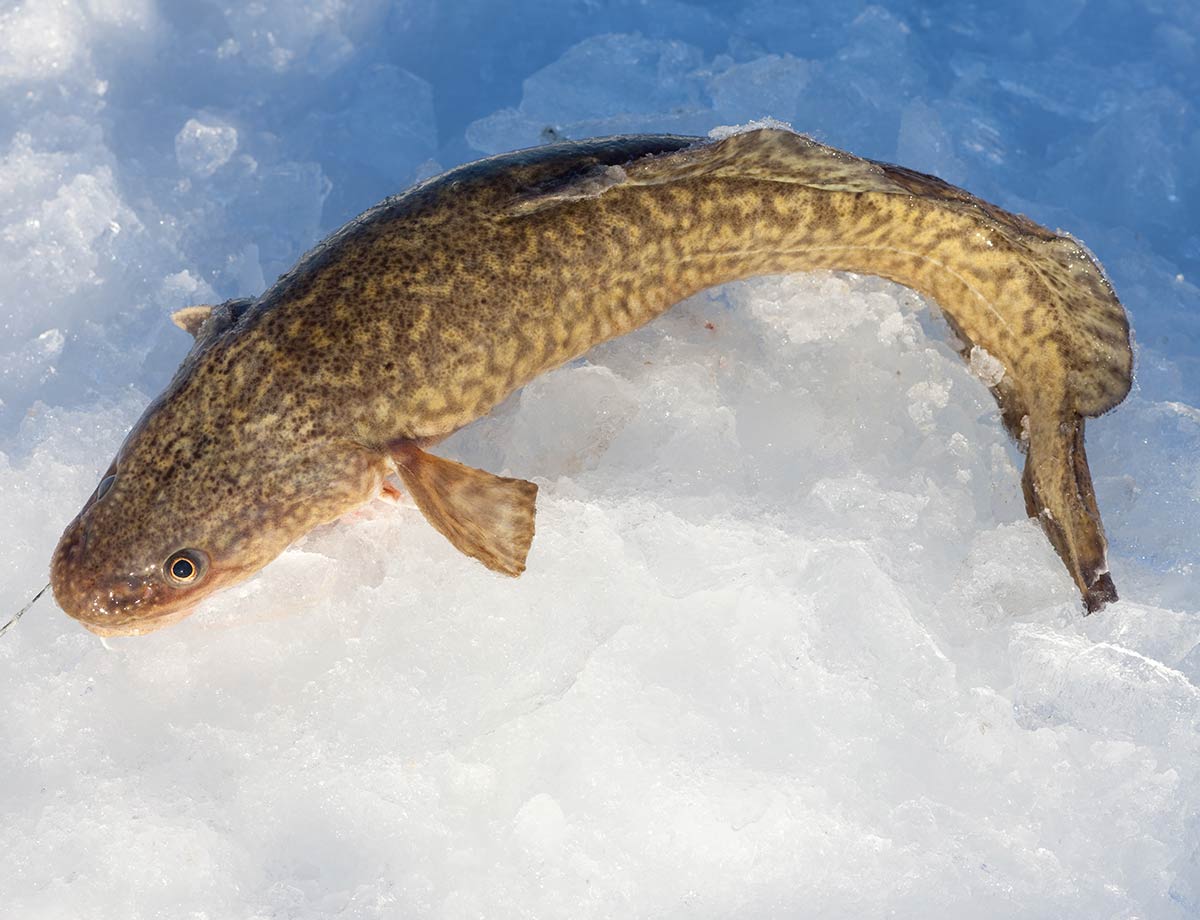 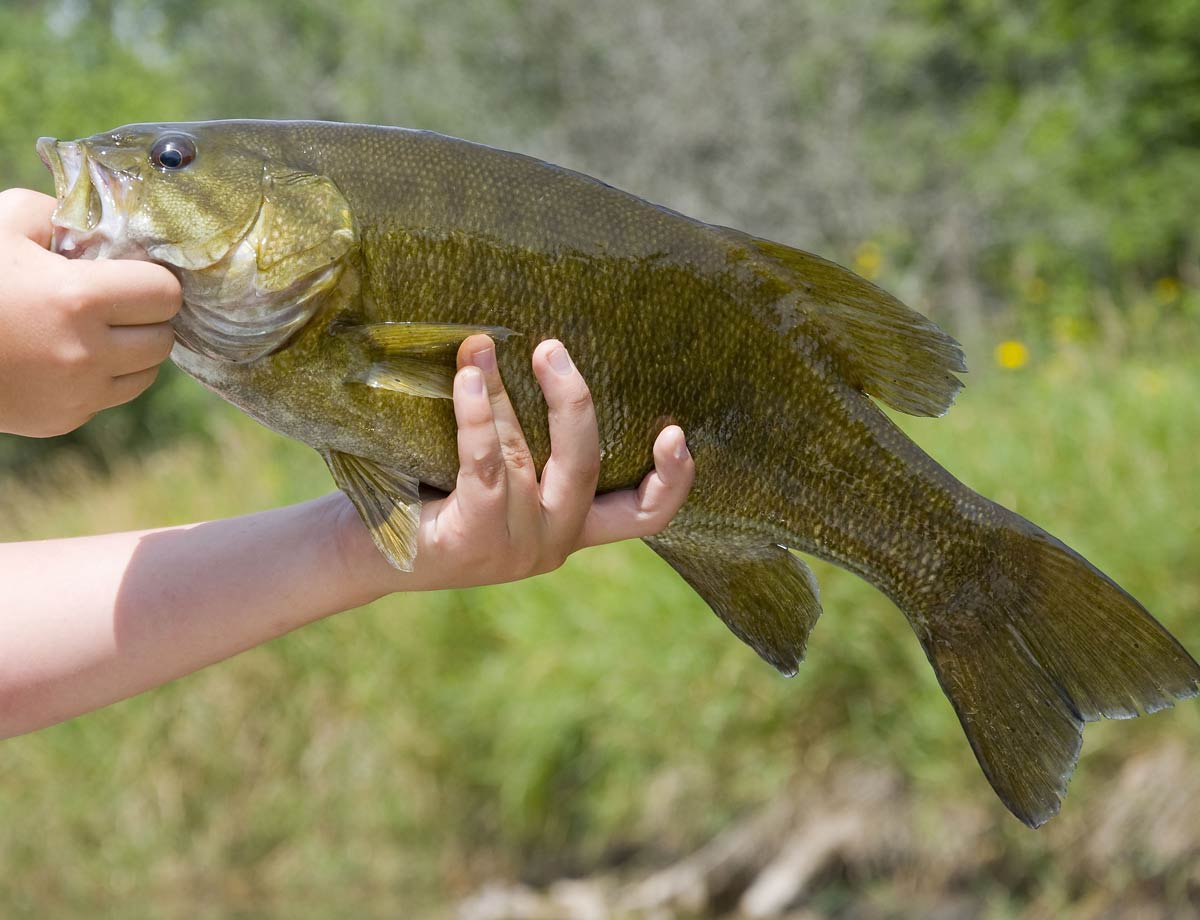 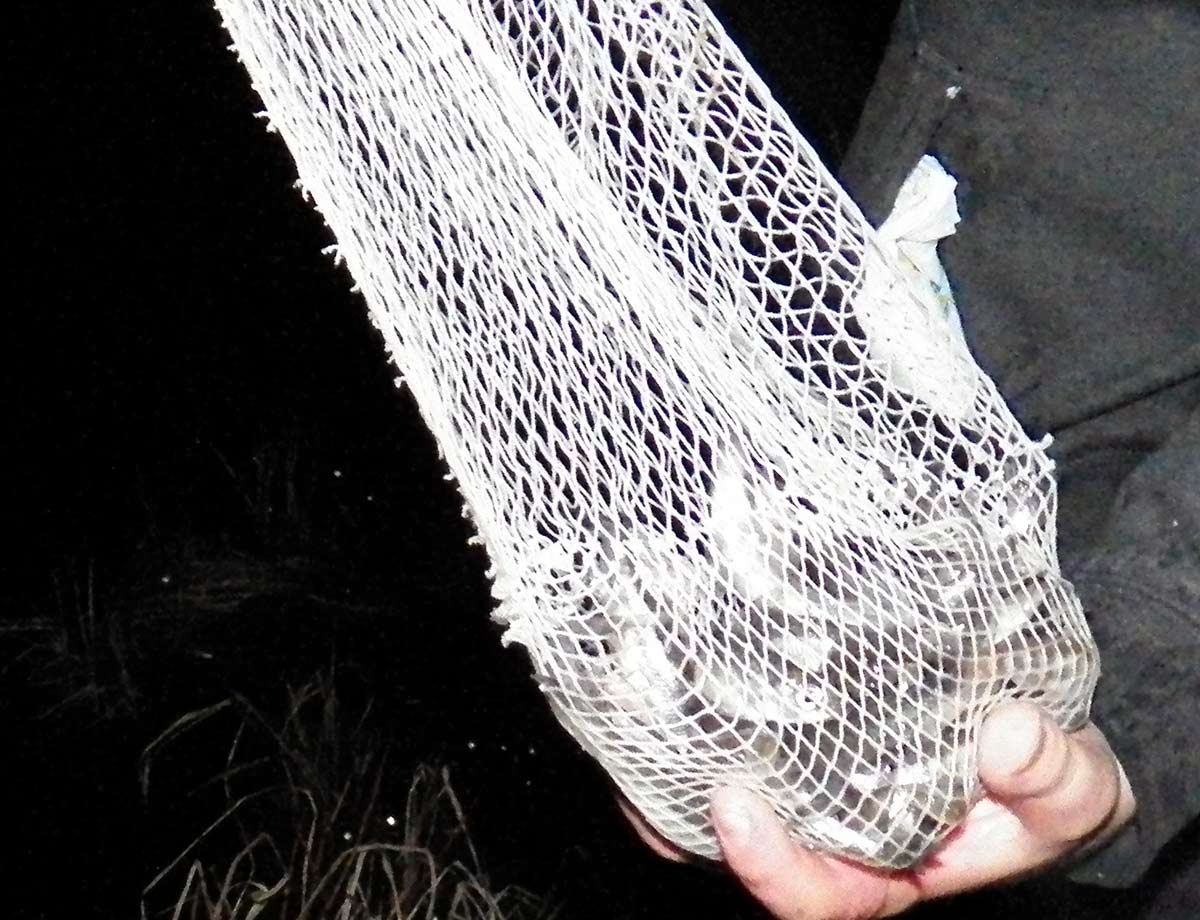