For the better part of the last two million years, this area was covered by two-mile thick ice sheets which scoured and eroded rocks and everything living on the surface.

Around 20,000 years ago environmental conditions led to the breakup and retreat of the continental ice sheets. Thus began the retreat of the Laurentian ice sheet which continued to advance and retreat over the local north-west Ontario region for the next 10,000 years or so. Slowly gouging out lake basins and depositing glacial soil deposits (Eskers, Moraines, kettle lakes).

9,000 years ago, give or take, the Laurentian Ice Sheet started its final retreat as global temperatures warmed. It continued to melt for the next 5,000 years, and its meltwater filled the basins gouged out by the glaciers until they reached the levels seen today.

The Signs of the Glaciers 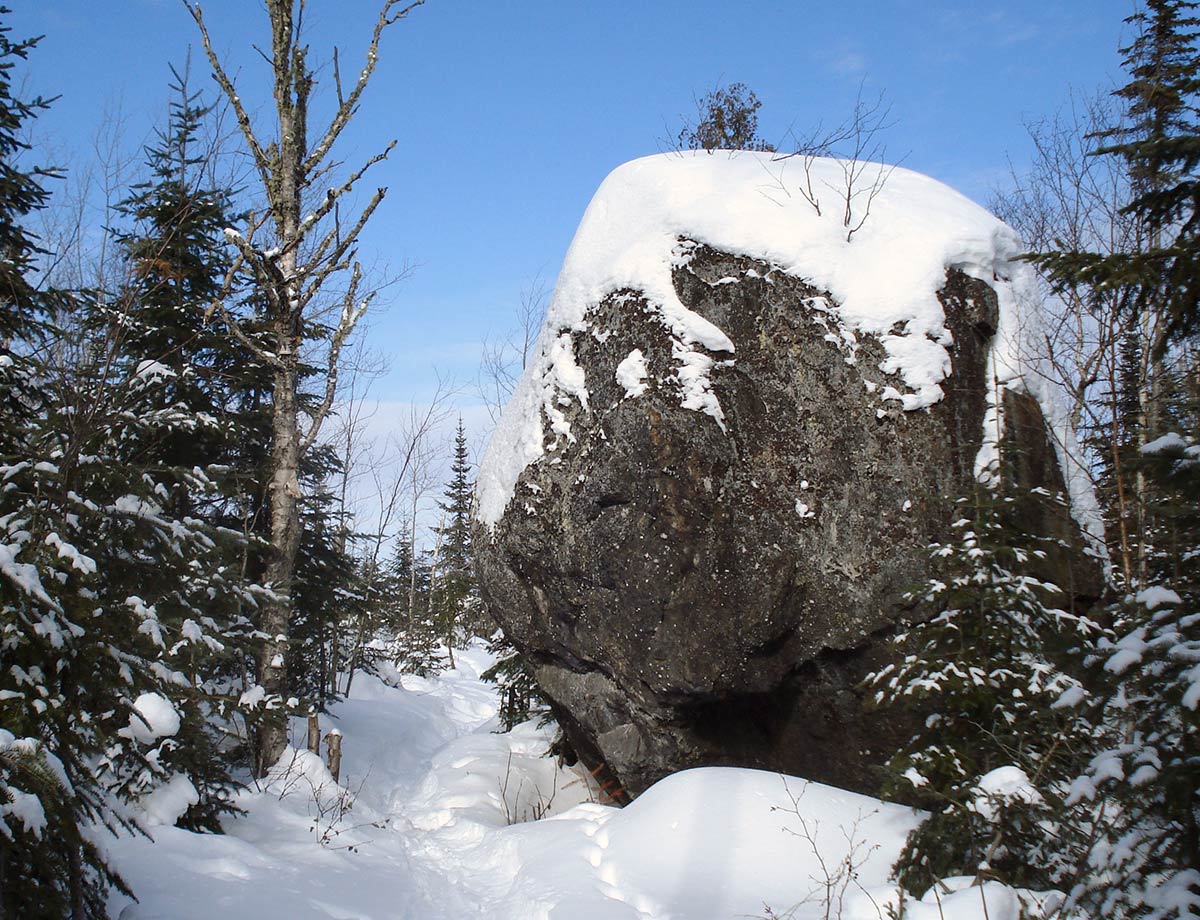 Large boulders far from where they should be are seen throughout the region. Glaciers were great at moving house sized rocks hundreds if not thousands of kilometres and placing them randomly on the surface as they retreated.

Any large deposit of sand or gravel in this region is glacial in nature. Moraines and eskers are common sources of sand and gravel.
The Nipigon River cuts a large glacial moraine, and its sandy slopes at Nipigon can be seen as you pass over the Nipigon River Bridge. There are many sand and gravel quarries in the immediate areas as well. Jackpine River also cuts a glacial deposit 20 minutes east of Nipigon resulting in spectacular sand cliffs on the western edge are seen from the highway.

These different beaches show different depths of the lake through history. The lake got much deeper when ice dammed up the southern drainage points resulting in terraced beaches at various locations on Lake Superior. The most observable terraced beach system is at Terrace Bay, 100km east of Nipigon. 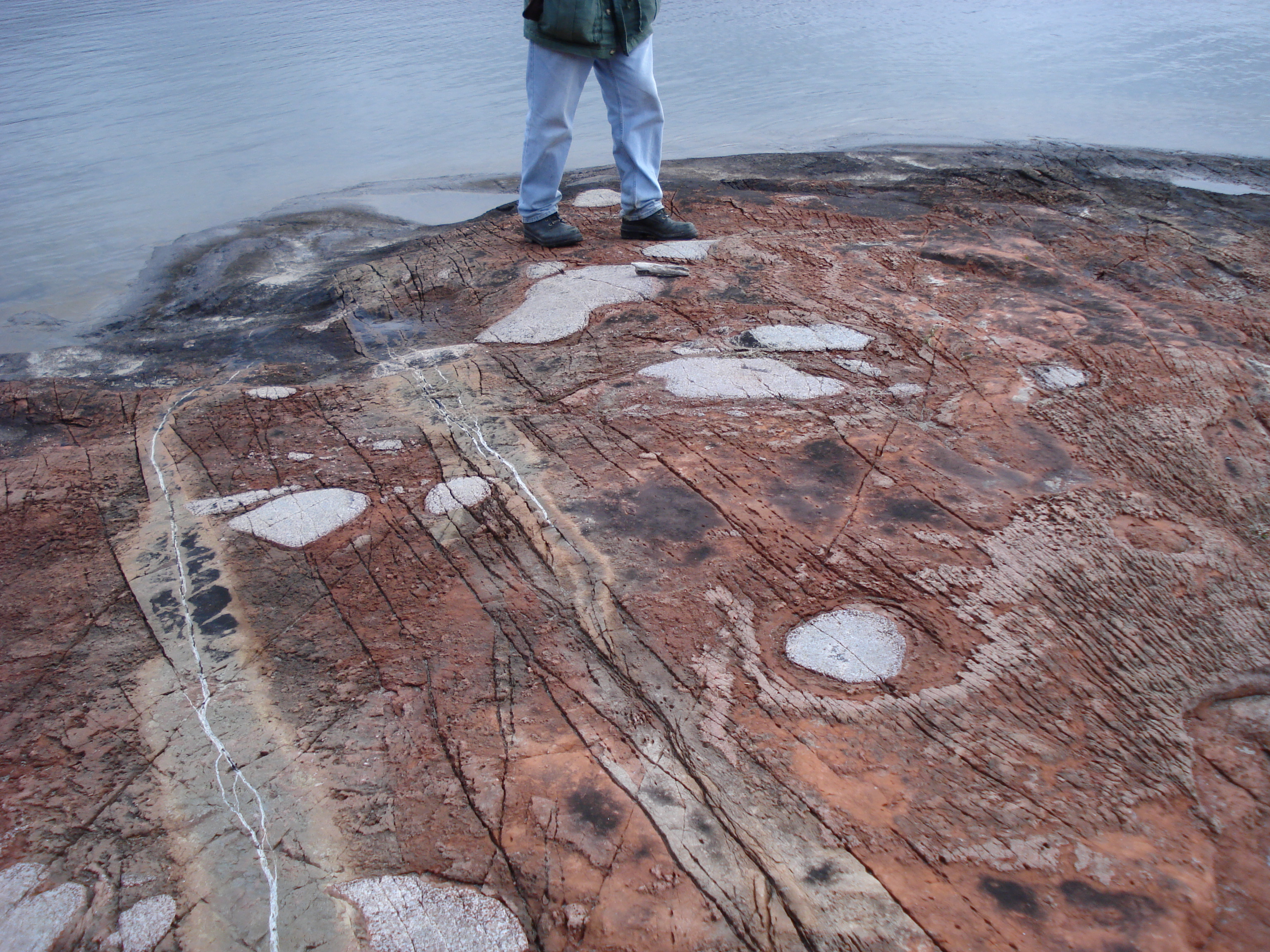 As the glaciers advanced and retreated they slowly smoothed and polished the bedrock. After they melted, the terrain would have appeared as mostly smooth and polished bedrock with occasional sand/gravel deposits. As you drive, the smoothness of large tracks of bedrock is very apparent. If you get out and walk on the smooth rocks sometimes, you can even see gouges in the rock formed by the glaciers scraping harder rocks over the bedrock. 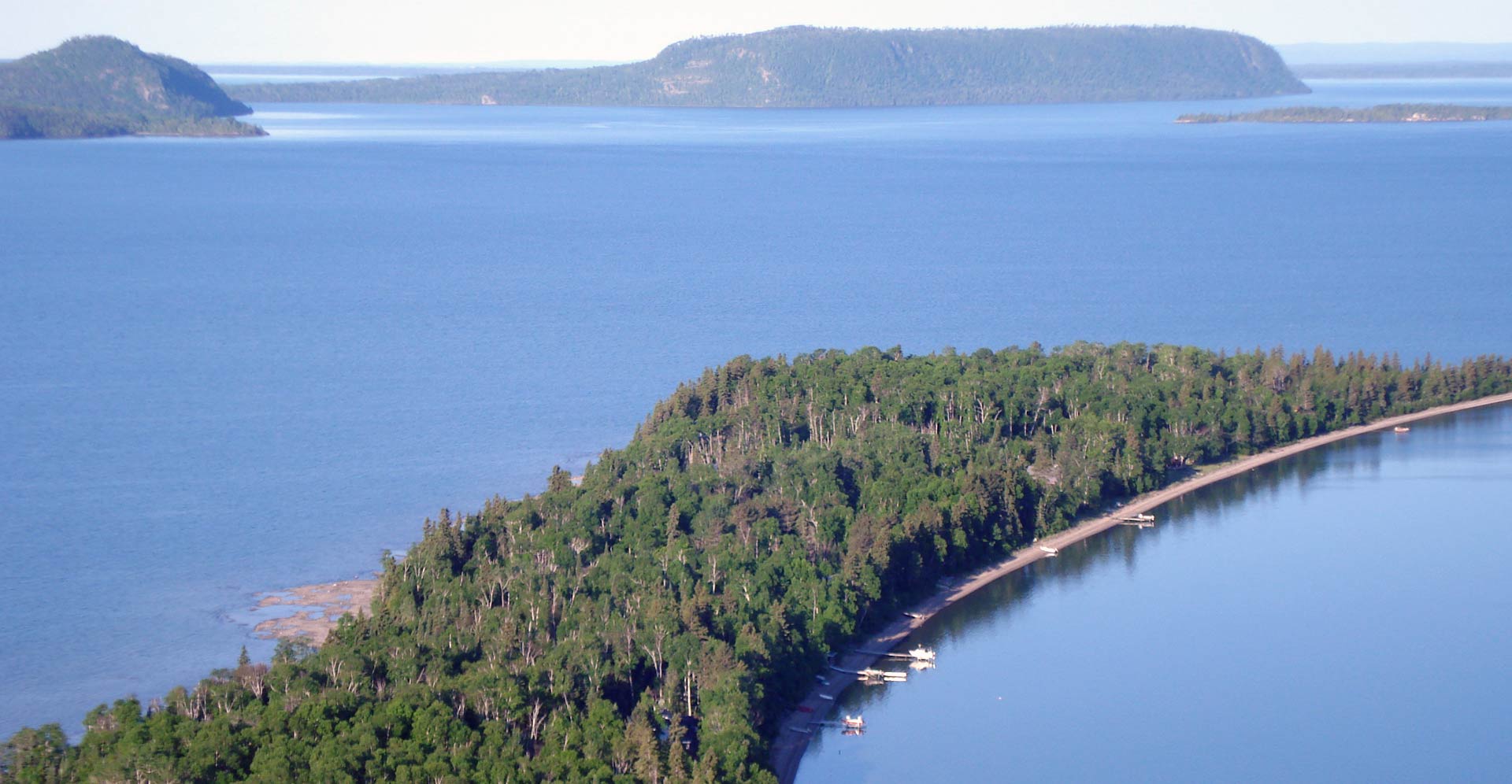 Lake Superior itself, as well as all other major lakes in the region, are filled with melted glacial waters.